In this article, we want to inform you about an origin of cannabis and spreading of it across the continents.

So, first of all, what is cannabis?

The group of plants, cannabis belongs to, is Cannabis Sativa (which can grow very tall, up to 3 meters. They grow in equatorial regions with a relatively warm climate) and Cannabis Indica (it plants don’t grow very tall, and therefore are more suitable for a balcony or indoor growing. They originated from the Hindu-kush region of Central Asia) and Ruderalis Cannabis plant (it is a very small plant with a short flowering period. It’s indigenous to Eastern Europe and Russia and adapted to cool environments with little light and short days).

Cannabis oil (CBD Oil) is rich in easily digestible fatty acids (linoleic, linolenic, gamma-linolenic) which have antibacterial and antiviral bodies.
Researchers note that no other known plant has a such wide spectrum of action as cannabis: it relieves 27 symptoms with positive side effects (relaxation, peace of mind, general well-being).

Medical cannabis with the help of cannabinoids (compounds contained in cannabis) can affect the human nervous system. Brain neurons have special cannabinoid receptors.

Medical cannabis is not a drug that can be bought on the street and can be improperly grown, mixed with another substance, or even fake marijuana.
The difference between medical cannabis and conventional marijuana is the amount of tetrahydrocannabinol (THC), the main psychoactive component of cannabis. It is this substance that affects the change in consciousness and can cause hallucinations. Ordinary grass can contain anywhere from 5% to 35% THC. In the medical field – a maximum of 1%.

However, medical and conventional marijuana contain cannabidiol (CBD), which has no psychoactive properties. This substance is added to foods, make-up, or oils. It is cannabidiol that helps people get rid of pain syndromes. The medicinal cannabis strain contains mainly cannabidiol. When using it, a person relaxes and tolerates pain more easily. His thoughts are not confused, there is no muscle relaxation and other side effects that occur when smoking regular marijuana. Conventional (recreational) marijuana contains a high percentage of tetrahydrocannabinol, which has nothing to do with treatment but rather negatively affects the human body.

Despite the published results of clinical experiments that refute many myths, many people still accept cannabis as a drug only. But to date, the benefits of marijuana have already been proven, the facts indicate that it’s used, both for medicinal and recreational purposes, is quite safe, and the opinion about the rapid development of addiction is too exaggerated. 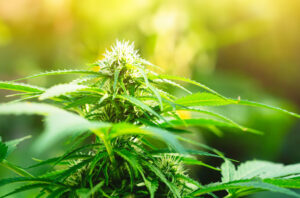 This article aims to explain what is the Origin of Cannabis plant and how mankind has been used it for centuries on different continents.

This plant comes from Central Asia. It is believed that it was from here that hemp spread to the east: to India and China. From India, cannabis migrated to North Africa and Spain, from where, thanks to seafarers, it came to America.

The first mention of cannabis as a material to use as fiber dated back to Babylonian civilization around 5000 years BC.

Some variety of cannabis has also been found in ancient Egyptian tombs from the third millennium BC.

The earliest record of cannabis as a medicinal product was written in 2737 BC in China by Emperor Peng Cao Jing. During this time, Emperor described its healing properties for over 100 diseases such as gout, rheumatism, and malaria.

Also in Chinese mythology, there is the cannabis maiden, an immortal fairy associated with the elixir of life, the symbolic patroness of women.

In ancient Greece and Rome, cannabis was renowned for its medicinal properties and also as an intoxicating substance. However, alcohol was more popular. The mention of cannabis can be found in the texts of Herodotus (5th century BC), where he described how the islanders threw cannabis into a fire, sat around a fire, inhaled smoke, and felt drunkenly like the Greeks felt from wine.

As far as Europe is concerned, archaeological research shows that cannabis was known in its territory even before our era. It was used to make fabrics, shoes, sails, ropes, and paper. Cannabis was used as a raw material for making paper, clothes, and ropes. The first printed book, the Gutenberg Bible, was printed on hemp paper. With the development of seaworthiness in the 17th century, the value of hemp increased. It was used for sails and ropes. Thanks to the discovery of the “New World”, cannabis also spread across the American continent.

Cannabis was brought to the American continent by the Spaniards in the 14th century. The hemp appeared later in North America. An interesting fact is that at that time, all settlers, without exception, needed to plant cannabis at every opportunity and in large quantities as possible by the order of King Henry VIII Tudor. Each farmer had to sow 1/6 of his land with hemp with this plant and give it to the state for the needs of the fleet and army.

The first written mention of cannabis in the American continent is found in the laws of the new English colonies – Jameston and Virginia from 1619.
Growing hemp as the main crop was considered a commitment. In a case a farmer ignored this law, he could simply be sentenced to prison. Thanks to this system, the cultivation of cannabis provided the main income for the farmers.

Later, this rule was extended to Massachusetts and Connecticut. The first president of the United States, George Washington, in his Mount Vernon estate, grew, besides tobacco and wheat, hemp, what was absolutely legally and respectfully.

In the Americas, hemp was also used to make textiles and paper. And it was on hemp paper that the Declaration of Independence, the first US constitution, was written. The uniforms of the Continental Army that fought for the independence of the colonies, the first state flag of the United States, were also made from hemp, or rather from a fabric woven from hemp fibers. US President Thomas Jefferson encouraged farmers to grow hemp instead of tobacco.

For a long time, hemp was the currency in America, as evidenced by the names of some cities: Hempfil (North Carolina), Hempstead (Texas and Long Island), Hempfield (Pennsylvania).

The history of Levi’s brand

The history of Levi’s brand is connected precisely with hemp fiber. Levi Strauss in 1850 set out to sew strong, durable trousers. Hemp fiber came to his rescue. This happened during the period of the Gold Rush. The workers asked him to make durable pants that would withstand physical exertion. Miners complained about cotton pants which quickly deteriorated.

At that time, Levi Strauss had a haberdashery shop which has sold canvas, pins, scissors, and more. It was canvas, the material, what Levi guessed to use to sew durable trousers. Before that, the canvas was used as a material for making tents.

The first pair of canvas pants with large pockets (where nuggets could be stowed) costed $ 6. The number of customers grew over time, and the fabric from which the pants were made was called denim. In 1861, there was a battle in Missouri during the Civil War. The battle was named “The Battle of the Hemp Sheaves”. The whole point is that hemp stacks standing on the field were used by the guards as a mobile parapet.

The coat of arms of the state of Illinois, approved in 1868, depicts an eagle against a background of a sun rising over the horizon, which looks like a hemp leaf.

In the late 19th century, a cannabis harvesting technique was developed that harvested 1,000 pounds of cannabis per hour. And since 1920, all hemp acreage in the United States has been fully cultivated by machines.
Today, the use of medical cannabis is legal not in each state.

There is an opinion that cannabis was introduced to Africa by early Arab or Indian traders. South Africa was the first country where cannabis was used in medicine. In 1650 CBD was used for medical purposes, for example, to relieve pain during childbirth. Cannabis has also been used in African cuisine.

Through the movement of nomadic tribes, hemp finally reached ancient India. The first mentions can be found in the Vedas, a collection of sacred Sanskrit texts, where she is mentioned as one of the 5 sacred plants. 1500 BC in India, cannabis was considered a sacred herb (as the zealous epic says). Food of the gods – indracarana contained cannabis, but its exact composition is not known.

Cannabis is also mentioned in the Bible. In the original Hebrew letter from the Judeo-Christian Bible, cannabis was referred to as Kaneh Bosum. Cannabis, along with myrrh, cinnamon, and olive oil, has been used to make the sacred oil for anointing.

Cannabis is intertwined with many historical events. CBD exists today. Therefore, its importance in culture and medicine is taken into account. Many European countries are working to legalize cannabis, some of the European countries have legalized it for recreational purposes.

The humanities’ connection with cannabis continued for centuries. It has been recognized as a huge medicinal plant with many health benefits and is an ecological textile solution. With the changing laws today, we can expect cannabis to be widely used in modern medicine. The value of the use is great, and scientists continue to work in order to study it deeper and introduce it into medical applications. In the future, the use of CBD will become commonplace. And there is evidence of increasingly widespread legalization of cannabis as a medical product.

How to Choose the Right CBD Products

You may have missed

How to Choose the Right CBD Products

Immunity: The Health Effects of Cannabis and Cannabinoids (CBD and THC)